Through our Workers’ Rights Defense Program, we are combating wage theft and workplace abuse in the Birmingham area through education, individual case advocacy, and organizing.

Education: We host a weekly wage theft clinic and workers’ rights workshop every Tuesday at 6:00pm, where we use popular education methods to inform participants about our rights in the workplace regarding minimum wage and overtime compensation, discrimination and harassment, the right to organize, and workplace safety and health. We also occasionally offer workers’ rights workshops at other locations in the community – contact us if you’re interested in hosting a workshop.

Individual Case Advocacy: We support workers who have not been paid to advocate for recovery of their stolen wages. We use direct mediation and public pressure to ensure employers pay workers the wages they are owed, and litigate select wage theft cases in state and federal court.

Organizing: We conduct outreach to worksites, day laborer corners, and community gathering places. We train Adelante members and other low-wage workers and volunteers to act as advocates in wage theft cases for their fellow workers, and train workers to take on leadership positions within the wage theft program and at Adelante. And we ensure that low-wage and immigrant workers’ voices are included in local policy changes that affect workers’ rights and livelihood.

Our workers’ rights program was launched through a partnership with Greater Birmingham Ministries.

In the spring of 2014, Eulalia, Miguel and Luis came into Adelante looking for help. They had worked months of night shifts cleaning the headquarters of a major bank. Their employer, Mr. Lee of Best Cleaning Services LLC, which turned out to be a subcontractor for a large cleaning company, had paid them with bounced checks for some weeks, and completely failed to pay them for other weeks. In total, they were owed several thousand dollars. This wasn’t the first time workers had come into Adelante to report wage theft by the subcontractor—we had spoken with another worker at the same employer only a few months earlier. Repeated attempts at mediation with the employer failed—he grew verbally abusive with the workers and WOW organizers and refused to pay what he owed. We began to plan a public protest and press conference outside of the Birmingham office of the larger cleaning company, which had contracted the abusive employer. When the owners learned of our plans for the action, they immediately requested a meeting. At the meeting, the workers and WOW organizers and volunteers sat down face-to-face with the cleaning company representatives, who agreed to sever their contract with the abusive employer and improve their supervision of subcontractors to prevent future abuses, and paid the workers almost $4,000 in cash on the spot. Most importantly, Eulalia and her coworkers were able to look the cleaning company representatives in the eyes and explain their grievances, and the cleaning company representatives apologized to each of the workers for their unjust treatment.

Maria worked for many years at a dry cleaning business in Pelham, Alabama. She has three young children, and helped support the family with her modest wages. While her fellow workers were given raises, she saw her wages remain the same. At one point she worked for an entire week without pay, and during a busy season, she had worked dozens of extra hours without receiving a cent of overtime pay. Along with WOW organizers and a local pastor who volunteers with us, Maria was finally able to secure a face-to-face meeting after many failed attempts. The employer apologized to Maria and paid her over $1,000 he owed her.

Enner, an immigrant from Honduras, worked for several years as a dishwasher and cook at a Mexican restaurant in a rural area northeast of Birmingham. Although Enner routinely worked 70 or more hours a week, he was paid a flat “quincena” (biweekly wage) of $600 to $800, which works out to well below the federally-required minimum wage of $7.25 per hour. Enner’s boss had also struck a deal to sell him a used car, discounting the car payments from Enner’s wages. Some weeks Enner took home no pay at all. When Enner was driven out of the job, the employer took the car back. With the help of WOW organizers, Enner sent a letter to his employer regarding his unpaid wages, but he received no response. When a delegation of workers, WOW organizers and faith volunteers accompanied Enner to deliver the letter to the employer in person, the employer behaved rudely and was unwilling to sit down and discuss the matter in good faith. About two dozen supporters joined Enner in a public protest outside the restaurant, bearing signs reading “Hungry for Justice” and chanting “Hey hey, ho ho, Pay your workers what you owe!” But the employer still refused to pay. Enner then filed suit in federal court demanding thousands of dollars in unpaid minimum wage and overtime payments. In October 2015, the employer agreed to pay Enner $6,500 and give him the car (worth $12,000) that he had promised to sell to Enner. Enner continues to advocate for the rights of other low-wage workers.

Remigio completed a roofing job for a construction company based in Cullman, AL. Remigio, his wife Nora, and their fellow workers first came to us after several failed attempts to contact the employer, who had failed to pay them for their hard-earned work was not answering his phone calls or texts. The workers were determined to recover their wages. Remigio took the lead on his own case and pushed forward. Remigio, Nora, WOW organizers and other allies such as faith leaders in our community all decided to drive to Cullman to confront the employer. We found the employer right outside of his business door, and immediately arranged to sit and discuss the case. Then and there, the employer paid Remigio and his family all of the wages owed. We walked out in victory with a check in hand and immediately deposited the money into their bank account.

Rodrigo is a day laborer and construction worker from Honduras. He worked for a fellow Honduran, Edy Cooper, on construction and remodeling work. Cooper began to shortchange Rodrigo, not paying him for all his hours worked, and claimed that he would pay him next time. Eventually the employer decided to just not pay Rodrigo at all. Luckily, when Rodrigo first came into Adelante he brought a very detailed list he had kept of every day and all the hours he worked for his ex-employer, and all of the missed payments. He knew exactly how much he was still owed and all of the employer’s information. After multiple attempts to reach the employer, we were finally able to arrange a meeting at Adelante. Rodrigo’s employer agreed to enter into a payment agreement until he paid Rodrigo all of the wages he was owed. 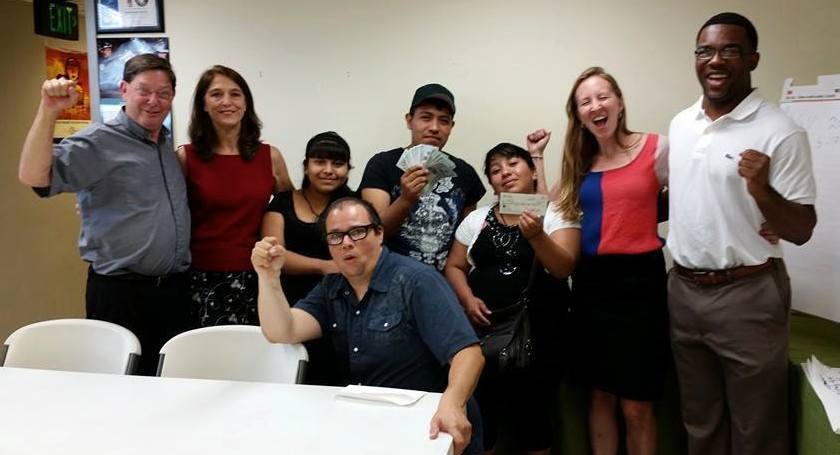 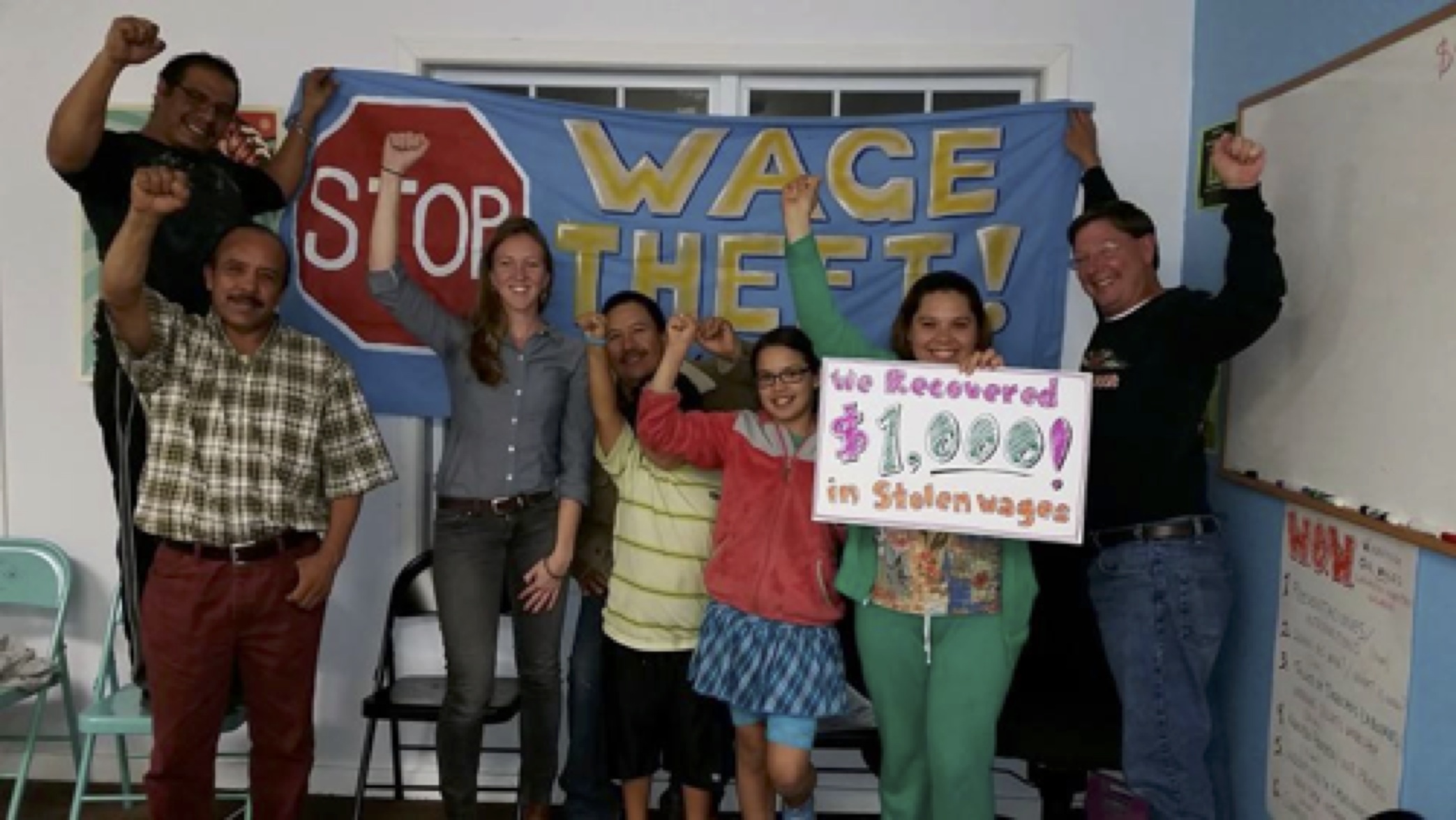 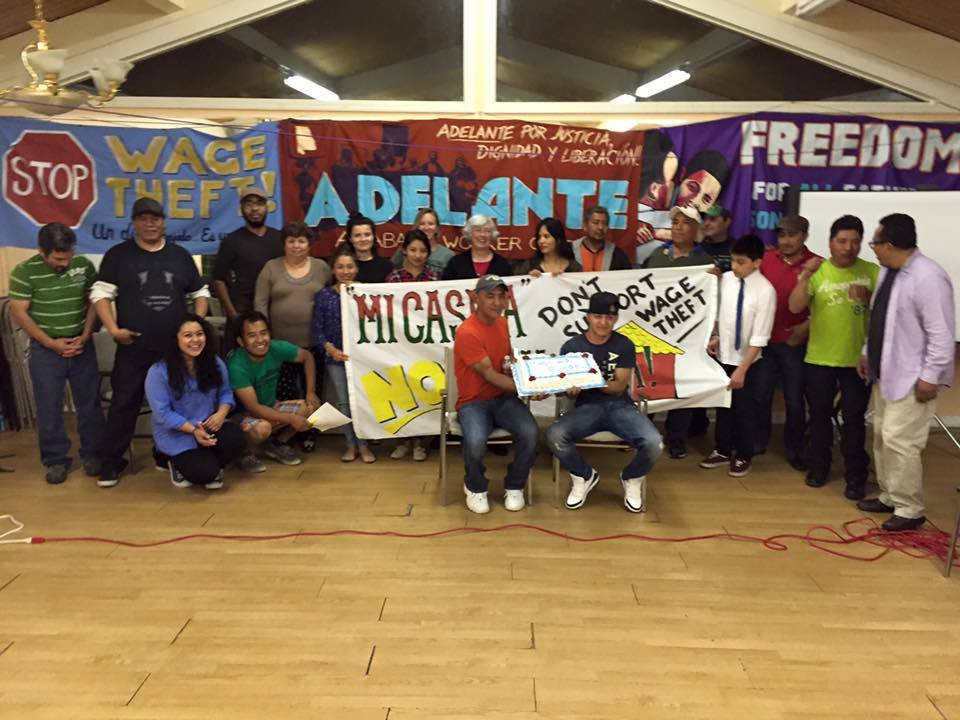 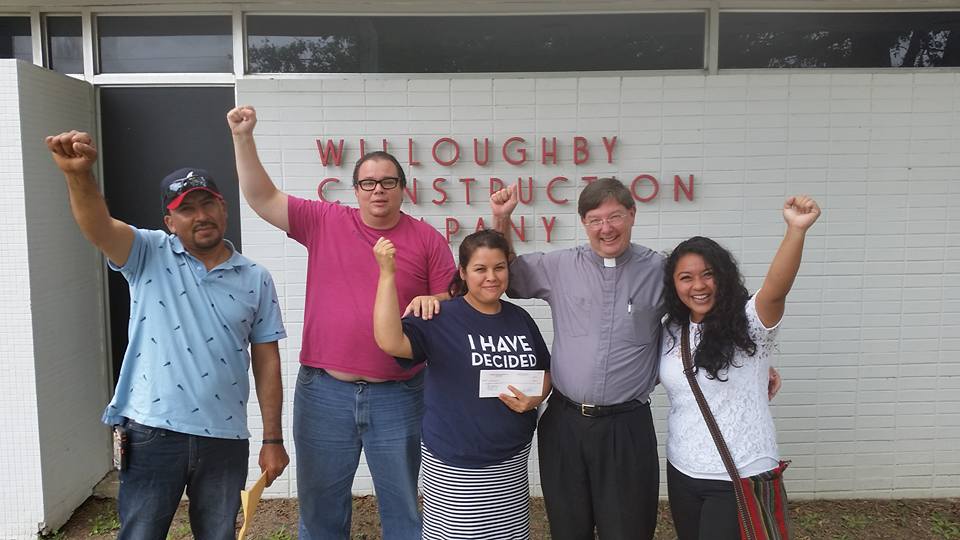 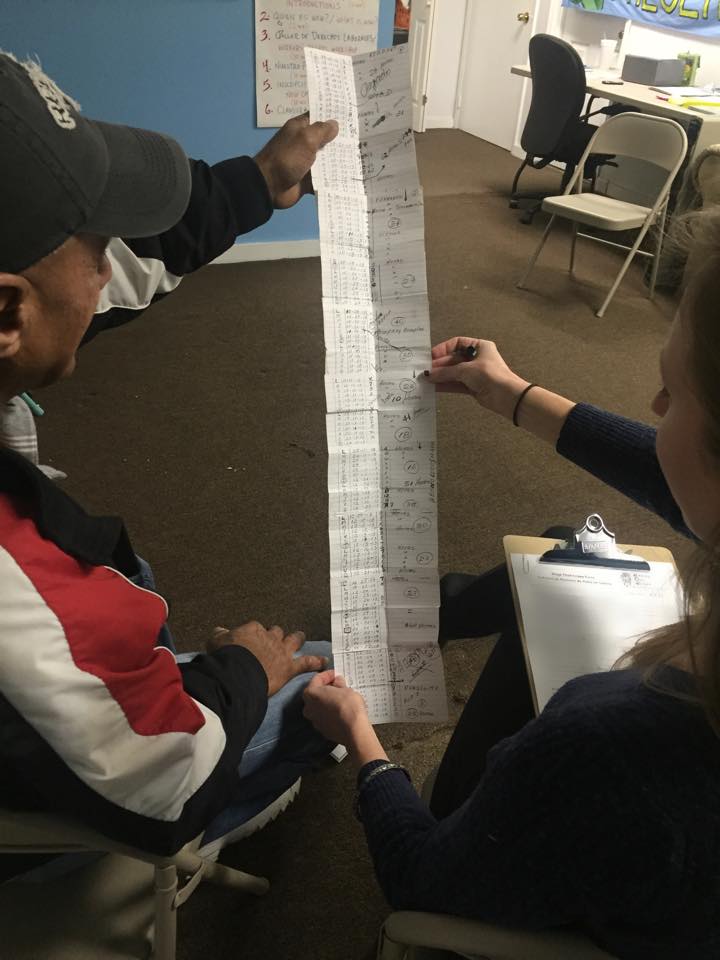