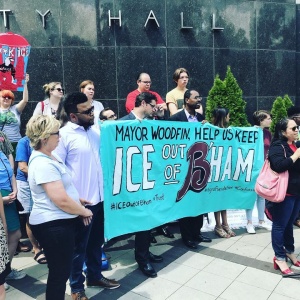 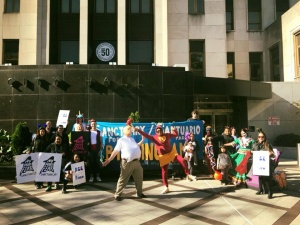 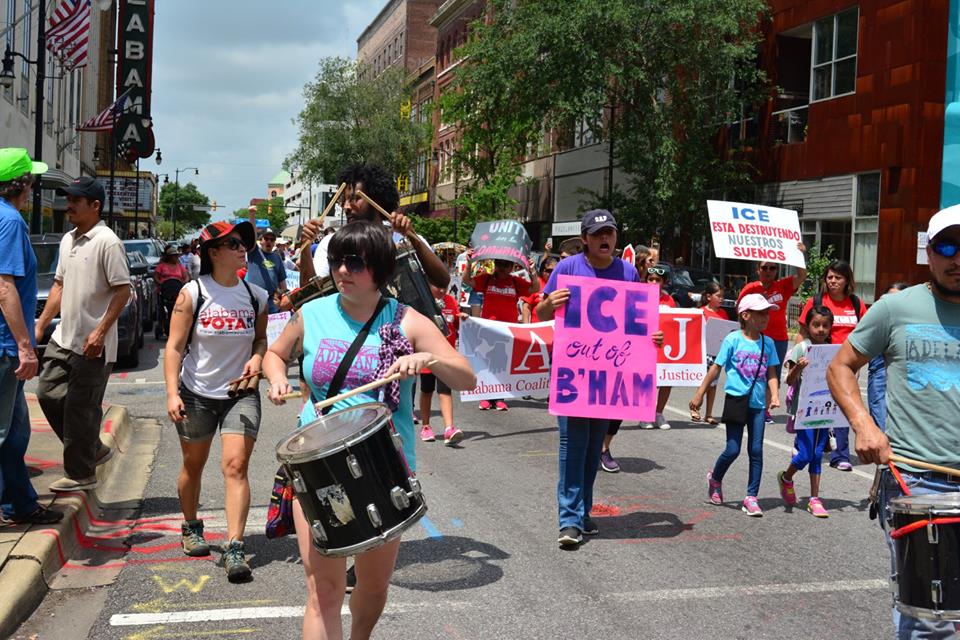 Adelante and a coalition of community partners are leading the charge to end Birmingham’s participation in federal immigration enforcement!

On January 31, 2017, the Birmingham City Council passed a resolution declaring its commitment to making Birmingham a sanctuary city. We called on the Council and all of our local elected leaders to make good on that promise by implementing strong, concrete, and lawful protections for the city’s immigrant communities. Birmingham, a bastion of civil rights and progress, must equally respect the civil rights of all residents and resoundingly reject being used as an arm of the Trump Administration’s detention and deportation machinery.

On June 13, 2017 we packed the council chambers and officially presented the proposed Sanctuary City Ordinance to the City Council.  On July 1, hundreds of residents marched through the streets for the March For Sanctuary (view the press release here and news coverage of the march here).

After waiting almost a year for action from the City Council, a group of immigrant residents met with Mayor Randall Woodfin in April 2018 to ask him to take immediate action to protect Birmingham’s Latino and Muslim communities threatened by President Trump’s harsh policies. We shared a draft mayoral order, “Fostering Trust and Promoting Public Safety and Civil Rights For All City Residents,” that would ensure that city resources are not spent on doing ICE’s job for them, and asked the mayor to sign it immediately (a summary of the proposed Trust Order is available below).

On July 19, 2018, a coalition of civil rights organizations sent a letter, accompanied by a legal analysis from a University of Alabama constitutional law professor, to the Mayor demanding immediate action on the proposed Trust Order. On July 31, 2018, we mobilized to City Hall to call on the mayor to sign the Trust Order. We are still waiting for the city to take action to protect our communities.

View a summary of the proposed Trust Order here.

Council on American-Islamic Relations of Alabama

Showing Up for Racial Justice-Birmingham Chapter

Letter to Mayor Woodfin from the Trust Coalition:

The most recent letter delivered to Mayor Woodfin and City Attorney Nicole King can be viewed here.

To read about the legality of the proposed Birmingham Trust Policy that we have asked Mayor Woodfin to sign, check out this detailed legal analysis from constitutional law professor Bryan Fair of the University of Alabama School of Law.

Additional resources on the legal and public policy reasons for ending police-ICE collusion:

Tom K. Wong, The Effects of Sanctuary Policies on Crime and the Economy, Center for American Progress, January 26, 2017